This is the last post from Cluj for this year and it obviously involves food. The fact that this was the last place reviewed by us is intentional as I wanted to eat here last year as well but it was too full to be able to get a table. This year, we managed to get one and we excitedly waited for our Joben food. I want to start off by saying that this is the last reviewed place because it was our least favourite restaurant in Cluj and I honestly think that it is a bit overrated. Or maybe we were expecting too much of it, either way, it did not meet our expectations, especially since all our foodie experiences here were simply amazing. It is, however, extraordinarily decorated and it deserves a visit just for that, and if you are ok with eating ok-ish food. 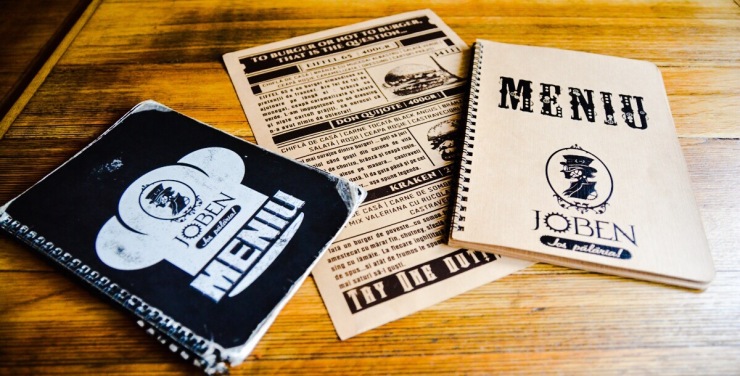 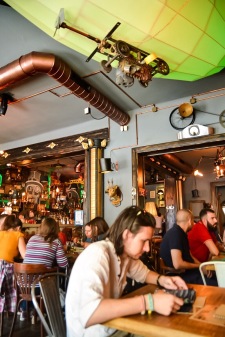 It is clear right from the entrance that someone very talented and passionate about steampunk decorated this place with all sorts of very specific paraphernalia. This actually helps a lot when you have to wait for your food for more than an hour, because you have all these amazing little gizmos to look at, and I have to say that we did not get bored one bit. The staff is also very friendly, but the place is a bit understaffed as it only had two waitresses for the entire restaurant area. Both of them were very nice and they struggled to satisfy every single one of the customers, but at some point, they messed up my lemonade simply because the place was full of people and mix-ups are bound to happen. 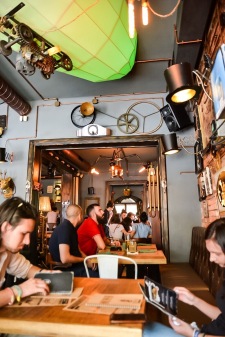 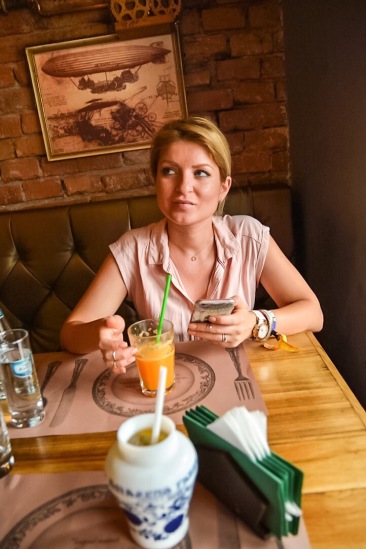 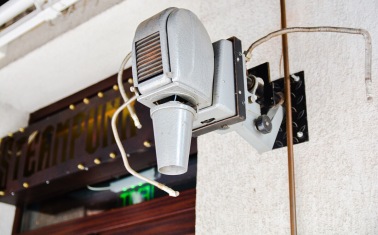 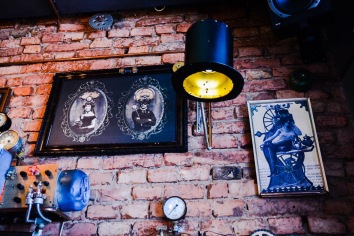 On to the food… At first glance, even from last year, I knew there were quite a lot of things I wanted to try and after much pondering I settled for the White Chicks – even the names of the dishes are really funny – which are essentially crispy chicken strips, served with french fries and apple jam. D opted for ribs, naturally, but we both decided to start our lunch with a plate of Spicy Fried Pickles as that got both of our attention early on in the menu. The appetisers were extremely interesting and good which basically made us really anxious for out main dishes.My chicken was very good, but there was absolutely nothing special about it, maybe except for the fact that I had to dip it in jam. The fries were homemade, so that was a big plus but I did feel the need for a more spicy and tasty dip for them. D‘s ribs were ok, and you can see from the photos that there was nothing special about them whatsoever. They were plain oven cooked ribs with no special seasoning or anything. His potato chips were very good though, but again, they seriously needed some sort of dip. We did not want to wait to get dessert as that would’ve meant another hour of waiting as we did not order it from the get-go, so no sweet photos here. 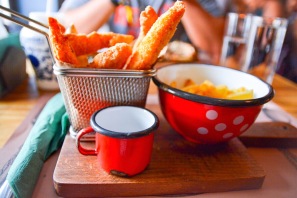 To be honest, aside from the interior design and the fact that they had a Pokestop, there was nothing special about the place, nothing that will make us come back next year. It was even worst as they did not seem to have any air conditioning, which during the summer makes eating there nearly impossible. I did hear that their coffee is great, but neither of us had any as we were both on our way back for another nap. The check came at about 30E which is ok, but we did leave there feeling very disappointed of the place. Maybe had there not been so many people the food would’ve been better, but that is no excuse as most of the places we ate at during the long weekend we spent in Cluj were full and the food was amazing.