Right… After a short break in posting, here we are back to our first day in Paris… I must underline yet again, the fact that we came to Paris for the third time and these posts will not include any landmarks or other tourist orientated places. The first day we arrived in Paris was the day of the semi-final between France and Germany, but I desperately needed two things: the Loubilaque lipgloss and some eye make-up remover from Guerlain. Now, because we spent some time in front of the Louvre, there was absolutely no time to get to the FanZone area to watch the game, we were both hungry so we had to improvise. To our surprise, we ended up being very happy with our improvisation.

Since we were on the Champs Elysees, we decided to have dinner and pray for a tv at the L’Atelier Renault. Not only did they have a TV, they have several TVs and we ended up having our very own TV to watch the football match. The most amazing thing about that evening though was not the match, but the food. For a restaurant on the shopping boulevard of Paris, this one was really surprising. We had eaten on the Champs Elysees the other times we visited Paris and, to be honest, the food was mediocre at best, so we went in without having great expectations, we really just needed anything to eat and a TV to watch the game. This posh little restaurant surprised us and made me want to write a review because I feel that other people should give this one a try. 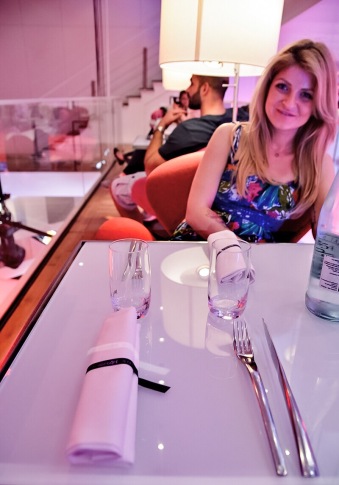 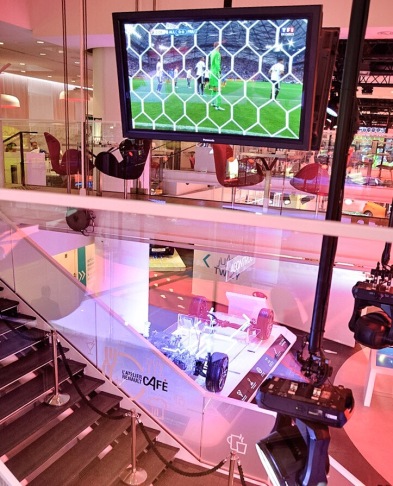 First of all, because the lightning is pink, most of the photos we took turned out shitty, but the atmosphere inside, because of that shitty lightning, was very nice. Moving along, this is the only minus I could find about the place, this and the fact that you have to take a mini excursion to reach the toilet, but that’s ok as you get to visit most of the showroom until you get to your destination. Because we are tourists, we are always on the search of decent wi-fi (well me mostly, as D has a great deal with his network provider), and this place really has decent Instagram-uploading wi-fi, so that’s another big plus. 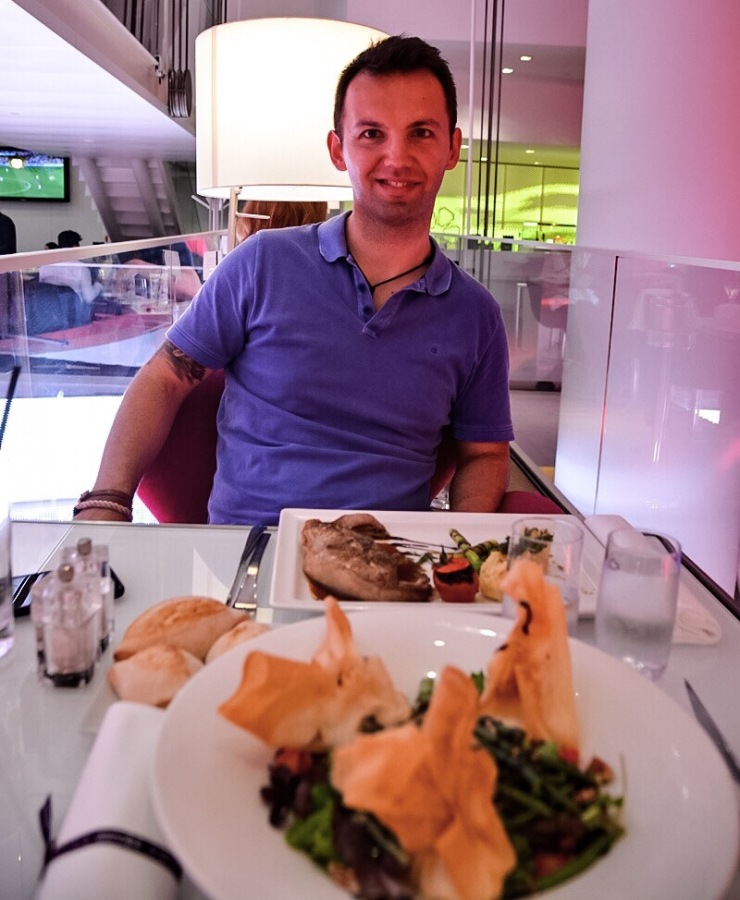 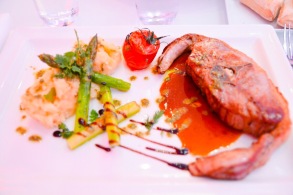 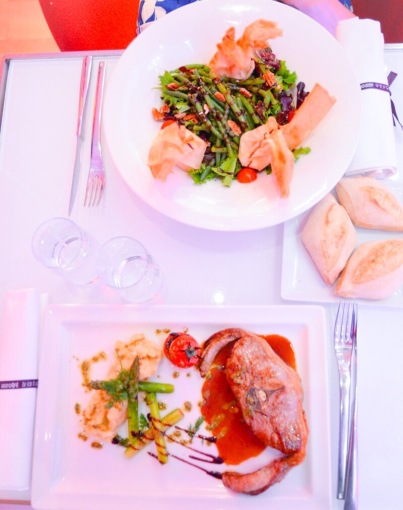 I really feel that we should be moving along to the food now, as this is supposed to be a restaurant review, and as it turns out, I’ve said nothing about the food so far. So, as stated earlier, we were hungry. I mean, really, really hungry as the last thing we had eaten that day was the food on the airplane at noon. The menu really doesn’t offer a lot of dishes, but it contains everything for to satisfy even the most picky foodie. The downside of the menu is that it gives you very little detail on what a salad contains so I ended up with a lovely green beans based salad. Not that I am complaining or anything, but it would’ve been nice to know in advance. Besides those lovely beans, it also contained the most amazing goat cheese I have ever tried, so the food lover in me was very satisfied. D‘s lamb chops were cooked to perfection and there were no surprises on his plate. 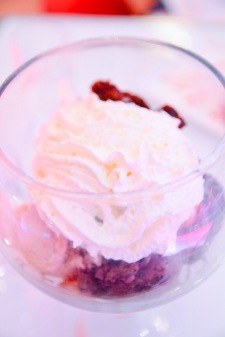 Despite the very satisfying main courses, because we really wanted to make a review on the pace, we both decided to get dessert as well. We got the Atelier Renault Cafe ice-cream, which besides the fact that it was delicious, it was also huge. Don’t get me wrong, when I say delicious, I tend to compare it with the Italian gelato and this one came very close. We also got the Elysee Angelina’s Special Pastry for L’Atelier Renault Cafe which didn’t WOW us but I’d say it was still in our top 10 desserts of all time. The entire meal was accompanied by still water, a few beers for D and a couple of fresh pressed juices for me, and the cheque came at about 100 Euros, which, if you factor in location and the quality of the food, I’d say it’s not out of the ordinary. We had a great time and we got to see full-hand how the French celebrate getting into the final, as everyone came to Champs Elysees after the match.