We were really excited when our Liliac package arrived. Inside we found the three new varieties of Young Liliac, the summer edition wines. This year is the second year we’ve been enjoying these fresh ligh summer varieties. The main reason we both loved them so much last year is the fact that they are lighter (where alcohol is concerned) than regular wines, therefore you get tipsy later, on those long summer nights. 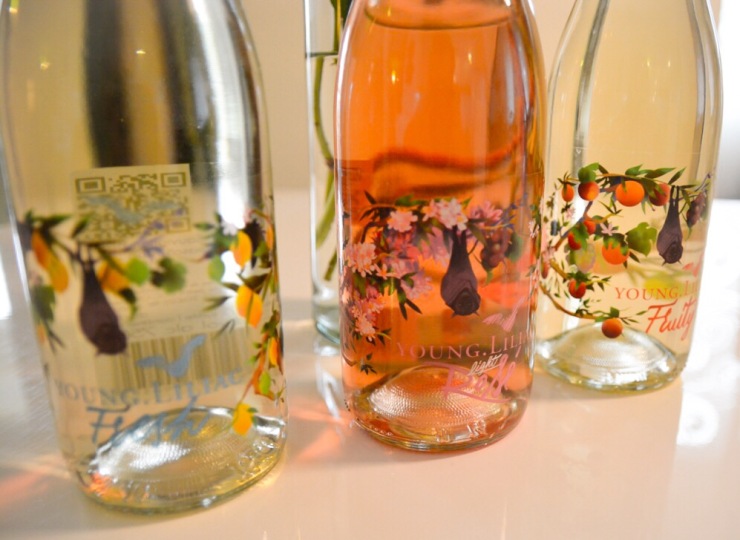 Let’s be clear on something, these three wines are nowhere close to other wines we’ve reviewed so far on this blog, but they are a lot cheaper too. I’m not saying they are not good, they are actually really good if you take into consideration the price point they’re at. You get some really shitty wines at the supermarket for the same amount of money, so why not go for these really good varieties. As earlier stated, we loved last year’s editions so we couldn’t wait to get started with this year’s editions.
The difference between this year and last year is that the winemakers combined two types of grapes for the white versions as opposed to last year when they only used one type, and they also released a rose wine. Just like last year, all of them have very summery names that prepare you from the beginning with what’s to expect from them: Fresh, Fruity and Light Rose. They did change the design of the bottles this year, each etiquette showing a sleeping bat in a relaxed environment, as opposed to their other etiquettes where the bat is shown in full flight.

The thing we’re not really crazy about where the summer editions are concerned is the screw-on top, that was also present last year which doesn’t really preserve the wine in the unlikely event where you don’t finish the bottle on the same day you opened it. Naturally, we never had that issue, but it migh occur to more resposible drinkers. These types of light summer wines were invented for people like my and D that find it hard to sleep during the hot nights and need a wine that can easily be digested by 5 a.m. in the morning. After trying all the three types, here are our conclusions:
1. Young Liliac Rose Light 2015 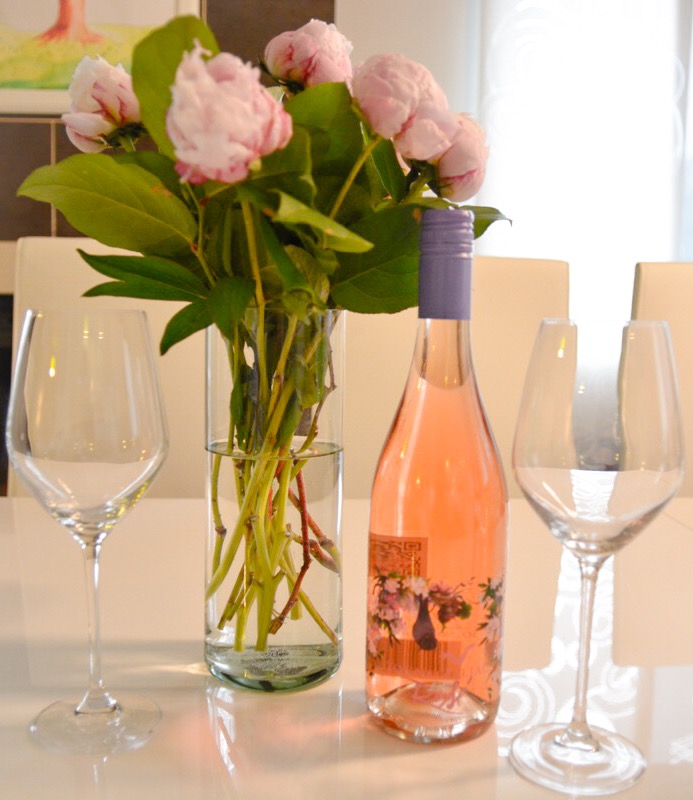 This was the wine we were really excited about as rose wines are the perfect compromise between D‘s love for red and my love for a good white. The pink bottle got me more excited that it got D simply put because it’s quite feminine with all the flowers on it. The truth is though, that the way a bottle looks is worthless as it’s the taste that matters most.Before actually getting to the taste part, there are other two important things to judge, the fragrance and the colour. 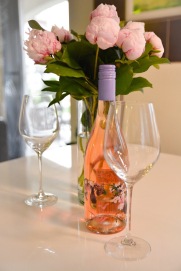 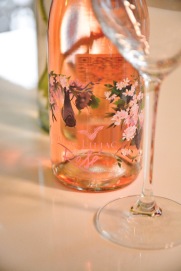 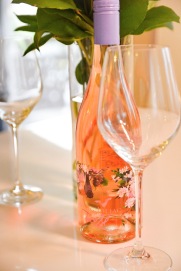 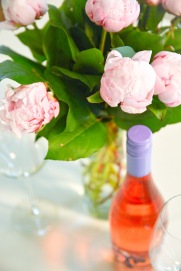 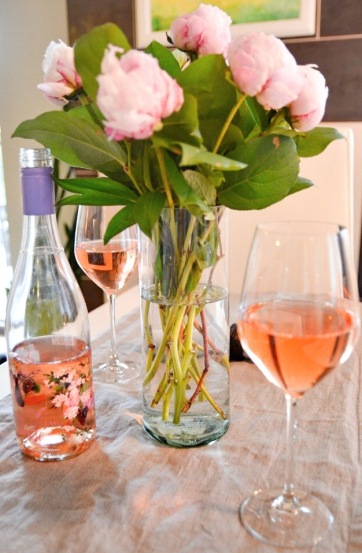 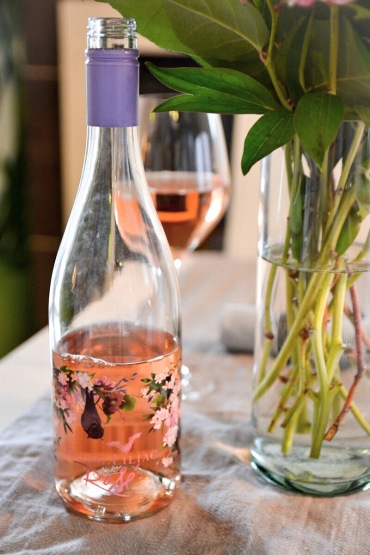 This one has a very pleasant salmon colour, though judging by the alcohol volume (10,5%), I expected it to be a lot lighter in colour. I guess this one draws its intense colour from the Romanian type of red grape called ‘Feteasca Neagra’ (as much as I did my online research, I couldn’t find a proper transalation for this name, mainly because this type of grape can only be found in Romania). Looking at my glass, I couldn’t help but notice that the colour and the clarity of this wine is, simply put, beautiful. Fragarance-wise, even though online they say that it’s floral-fruity, my not-so-sensitive-nose (apparently) could only detect floral notes, rose notes to be more specific, but hey, we’re not experts, not by far, just mere consumers.
Moving on to the taste part. Considering the fact that this is a 9€ wine and that cheap rose wines (even some expensive ones) are usually very shitty, this was a very very nice surprise. It tastes crisp, with a light body and has a gentle acidity, which is to be expected with any rose. I honestly felt that I was drinking way more expensive wine than I actually was. 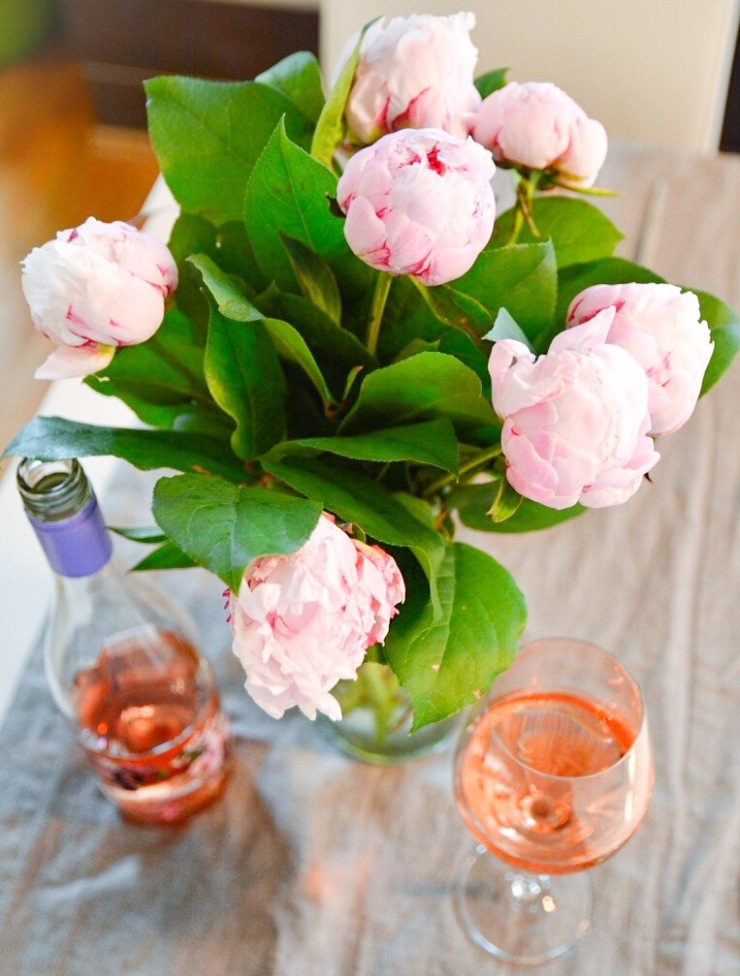 We enjoyed our rose alongside our Monday lamb dinner, and it complemented it nicely, even though you’re supposed to enjoy it with salads. Like any other white or rose, this one is recommended to be served at 10 degrees C to fully feel the frangrance and taste. Overall, this was a very nice surprise. 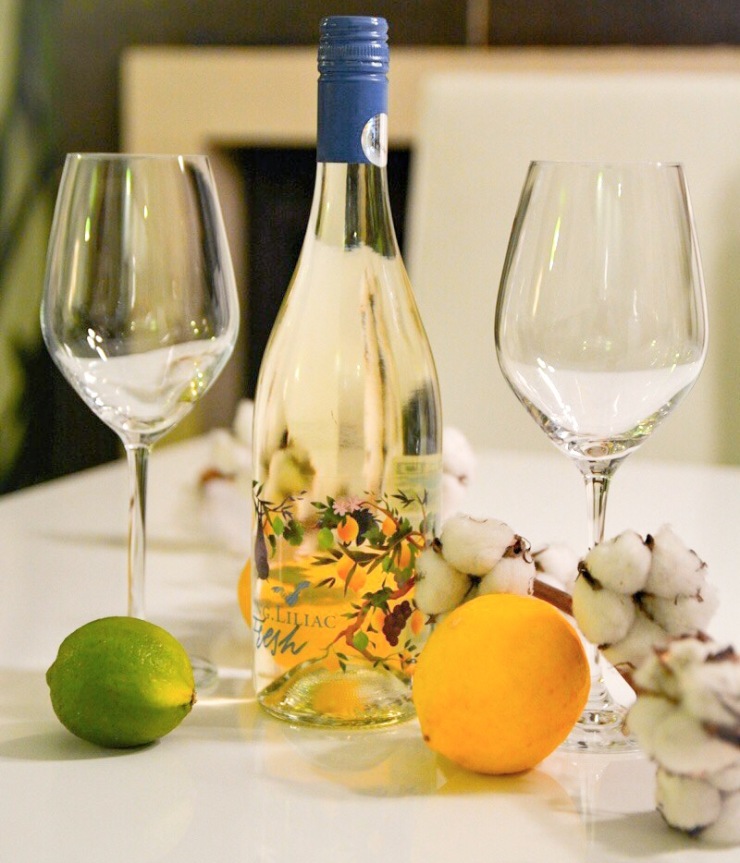 This was the one I was most excited and anxious to taste as I absolutely loved last year’s version. I would say that I liked it more than some other way more expensive white wines and it was a real bummer when I realised it was out of stock. This one has a slighly more elevated alcohol level (12,5%), but still less than a normal white, which makes it perfect for week nights. This year, the Fresh version is a combo between Sauvignon Blanc and ‘Feteasca Alba’ (same grape as for the Rose, but the white version). 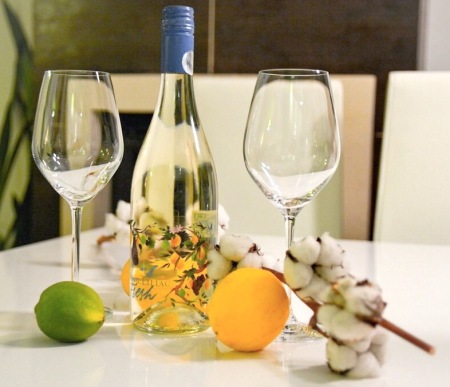 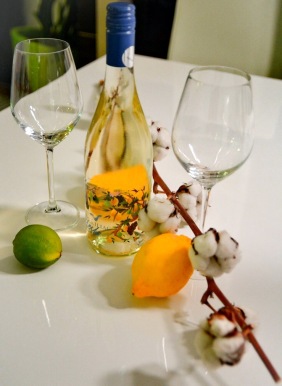 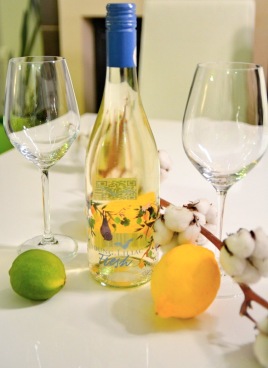 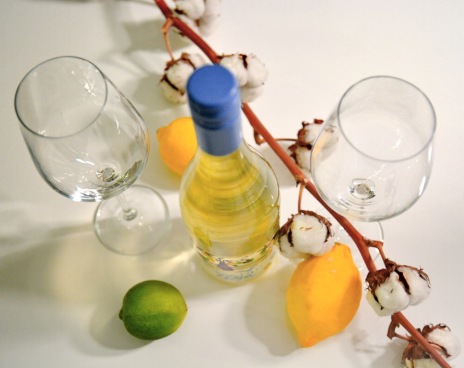 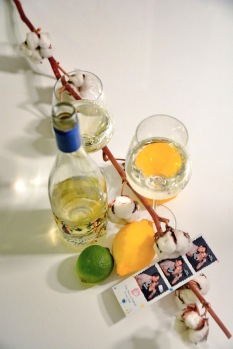 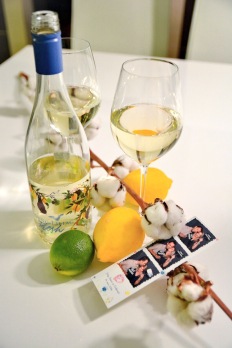 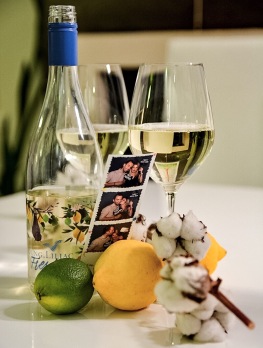 The colour is the one that caught my eye last year, and it is virtually the same this year, it’s a clear yellow with strong green undertones. The citrus smell indicates a strong crispness, but you can also sense a hint of fresh grass smell. As I couldn’t wait anymore to analyze it, I took a sip and was again, pleasantly surprised. It’s a bit crisper than last year, which in my book is great. As opposed to the rose, this one has high acidity levels, so if you’re our opposite, and hate sparkling wine, than this one isn’t for you. But, hey, who doesn’t like/need a little sparkle in their life? 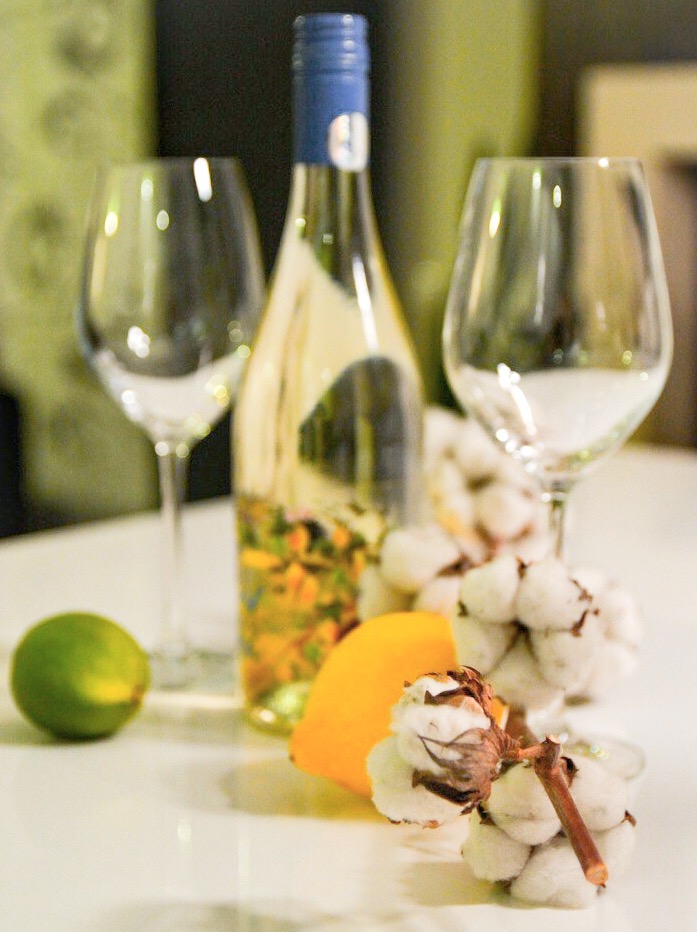 What made me love this one more than the one from last year is that it leaves behind a strong lemon taste (last year it was milder). As with any crisp white, this one is recommended to be enjoyed alongside mature cheeses (there, you have it, that’s why I love crisp wines!) and in order for the experience to be perfect, it should be served at 10 degrees C. 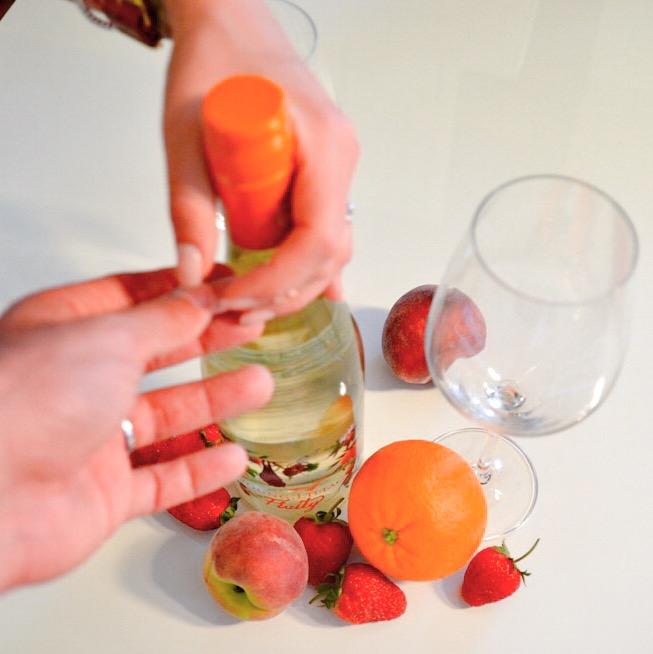 Out of last year’s versions, this one was my least favourite, so I was really curious to see if any good changes had been made. Despite our curiosity, we still left this bottle for last. For this year’s version, Liliac winemakers combined Sauvignon Blanc grapes with Traminer grapes, and to our satisfaction, it’s better because you can really feel the Traminer. 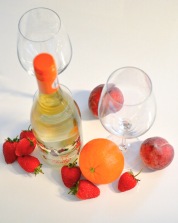 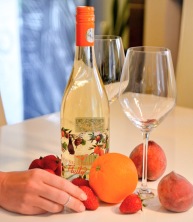 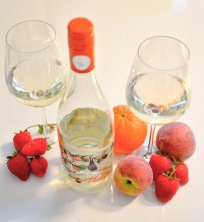 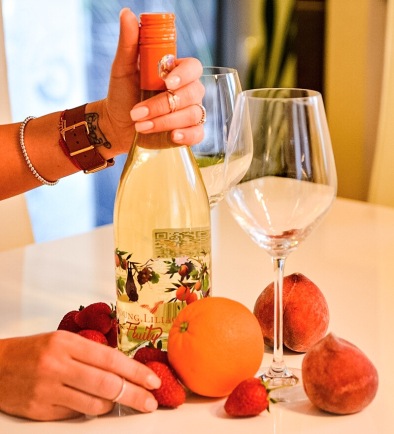 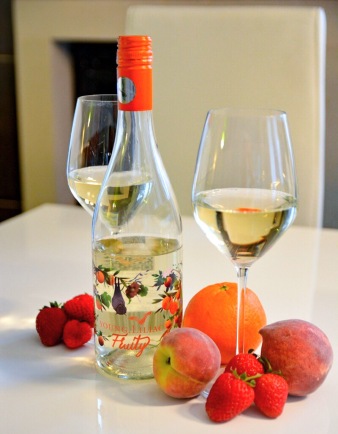 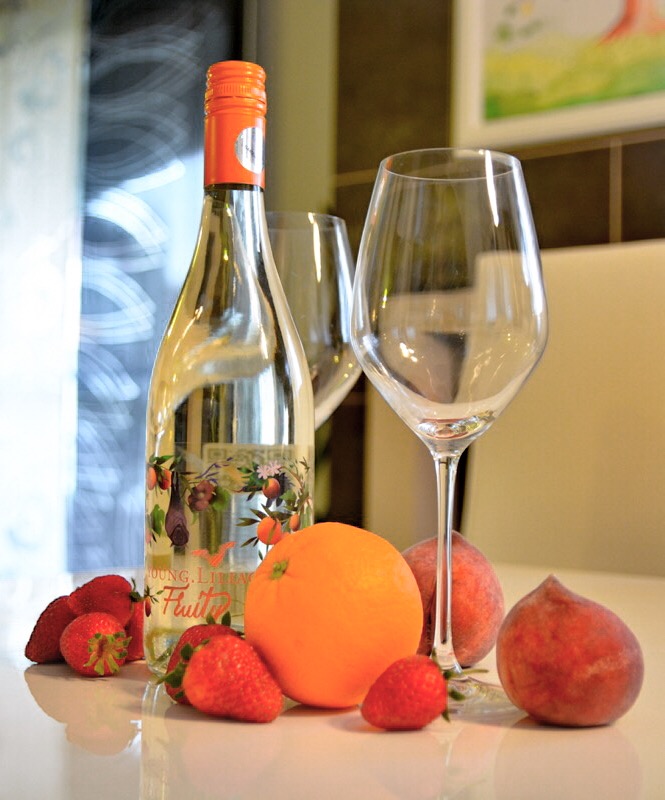 Starting again with the visual part, this one, as opposed to the Fresh version, is straw-yellow with orange undertones. Upon smelling it, I sensed a powerful fruity aroma with obvious hints of peach. Even before tasting it we knew that this was a way sweeter wine than the other two, and after taking a sip we knew that for a fact. It’s definately not as crisp and dry as the other two. It is however a very well balanced wine, not as sparkly as the other two. Being a bit sweeter, it goes well served with white meat or pasta. It should be served at 10 degrees C, but because it’s not as dry as what we normally drink, we cooled it at 5 degrees C. 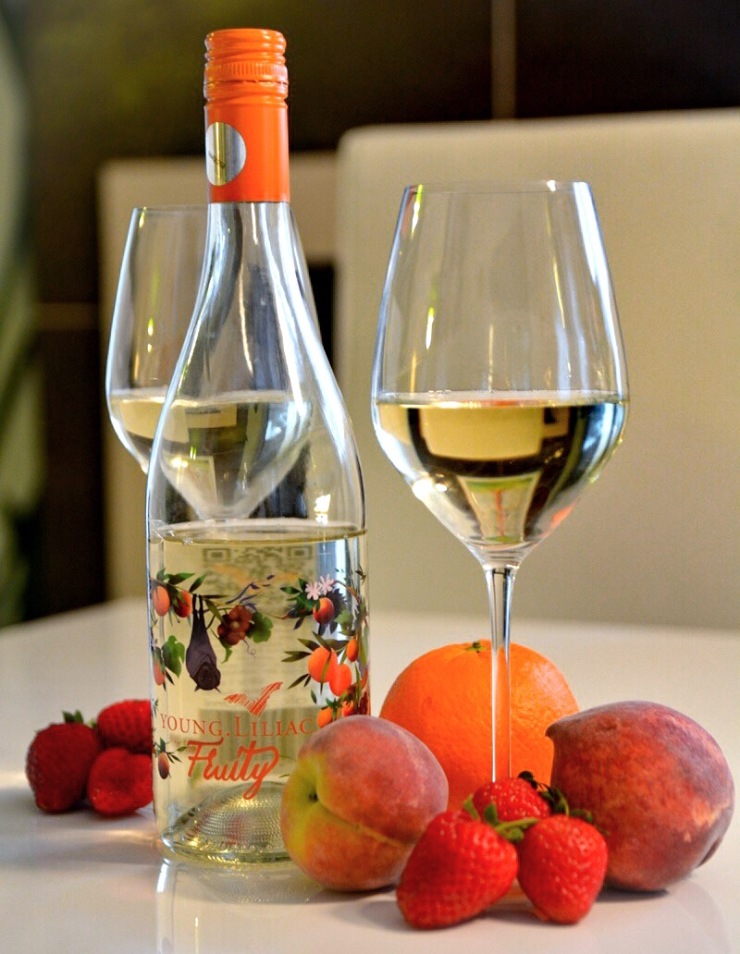 Overall, this year’s version is a definite improvement from last year’s version, and we recommend it if you’re the type that doesn’t enjoy really dry wines.

Overall impressions:
We both feel that these new summer editions are better than last year’s versions and the Light Rose was a very nice surprise. Even though D and I have slightly different preferences when it comes to wines, where these three are concerned, we came up with the same rankings, surprisingly:
1. Young Liliac Fresh 2015
2. Young Liliac Light Rose 2015
3. Young Liliac Fruity 2015 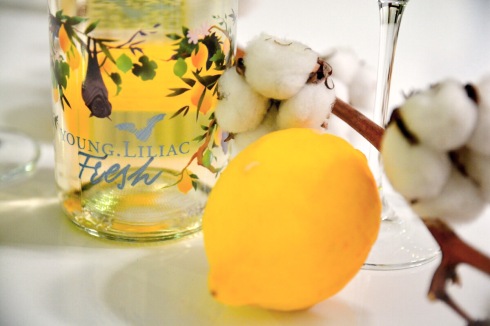 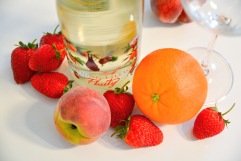 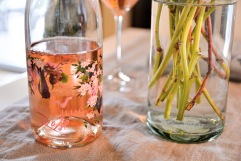 Since last year these wines literally dissapeared off the shelves, if you want to give them a try, you should stock up after you’ve found your favorite one. We allready have quite a few bottles of our number one pick and several of our second contender, just to be on the safe side for our summer nights. 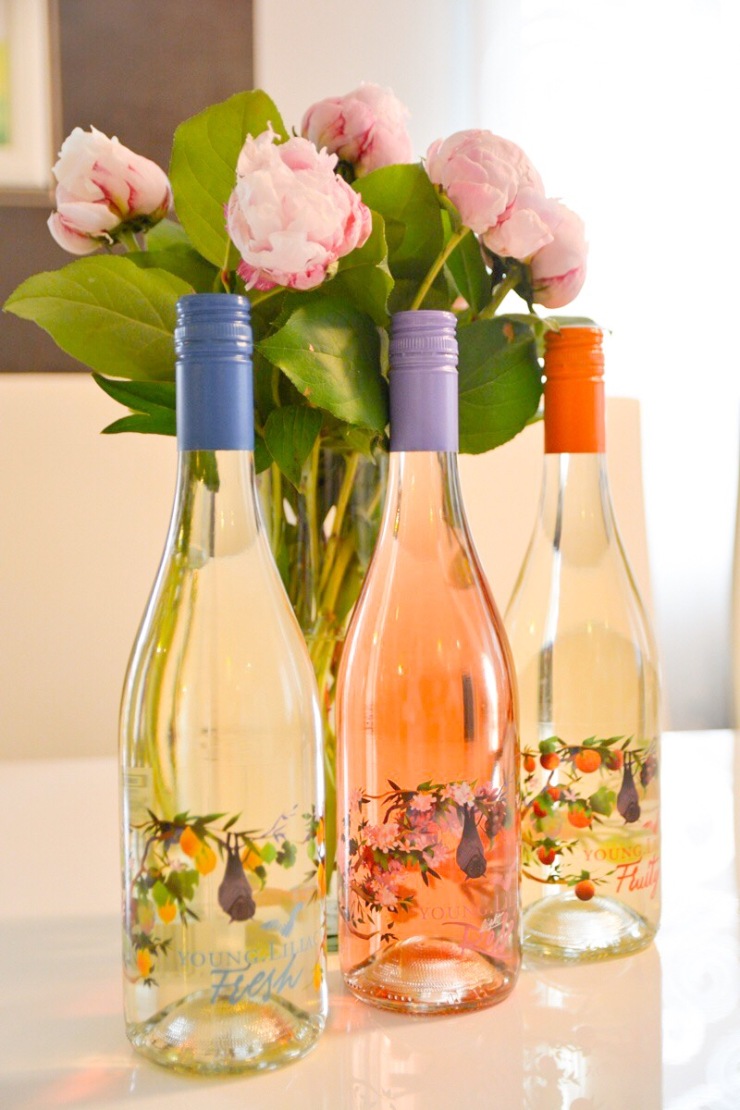 No matter which one you decide is the best one, please enjoy responsibly and if you have a bit of time, I’d love to hear which one was you favourite.
L.