As you’ve probably noticed, my hair is a lot lighter and greyer…Well, I did it! I’ve tried the product that’s causing a lot of rave online and offline! I’ve tried Olaplex and lived (well my hair lived) to tell the story. The thing is, I’ve always wanted sandy, greyish hair, but my natural undertone is orange, so I’ve never really had the courage to fulfil my dream until now. After reading tons and tons of reviews online about this little miracle worker, I decided to take the plunge and go for it. The only reason I’ve kept steer of the bleaching powder is because, to be quite honest, a few years back I had some highlights done with it and it completely ruined my hair. Yes, my hair is very fine and fragile! But, again, seeing all the rave this product gets, I decided to brave-up and go for a lighter whitish-grey for the summer.

I decided together with my stylist to get a balayage and then tone everything with a lavender toner. Fingers crossed, I took a seat on the chair and hoped that I wouldn’t leave with a pixie cut, cos God knows a pixie is the worst thing that could happen to me hair-wise! The first step was to put my regular colour (Joico) on my roots and go for a bleach on the ends. This entire first step was combined with the miraculous step 1 from the Olaplex system. At first I did feel a bit of a tingeling at the roots and I know that was due to the Olaplex solution as I never felt that before and we used the exact same combo of hair dye for them. That all passed in 5 minutes, and 20minutes later I could breathe again when my stylist told me that I still had hair on my head. I have to tell you that knowing for 20 minutes that I have used bleach on all of my hair except for the roots kept my heart from beating properly. I mean, will I still have any hair left at the end? Or will I have to start buying hair gel to style my new and unwanted pixie? Which one will it be? Thankfully, I still had some hair left. 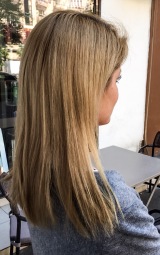 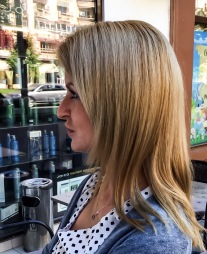 On to the next step of this system. This one consists in toning my hair with a beautiful lavender toner  from Wella called Instamatic that is supposed to get all the orange undertones neutralised and leave me with a beautiful grey colour. After another 20 minutes of hard breathing, as this was the second chemical process my hair was going through, I was greeted with good news again. Still had my hair on, and not a chance of getting the feared pixie. Yet! 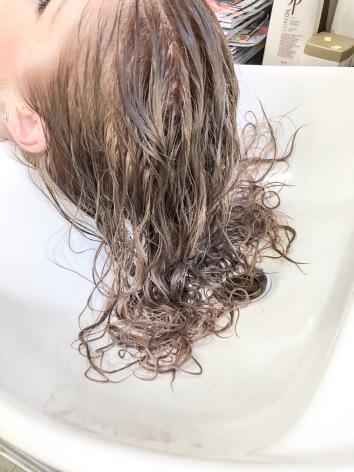 We still had to apply the last in-salon step of the Olaplex system. After the hairstylist dried my hair with a towel, she applied the second part of the system and I spent another ten minutes while she applied heat waves onto it. She then rinsed it all out and dried my hair. 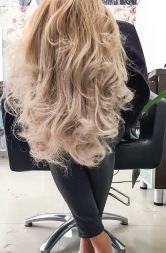 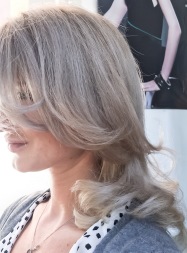 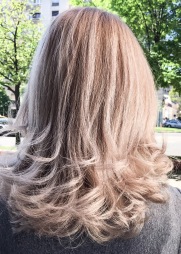 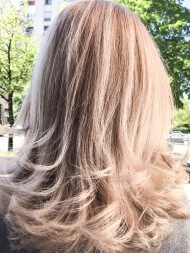 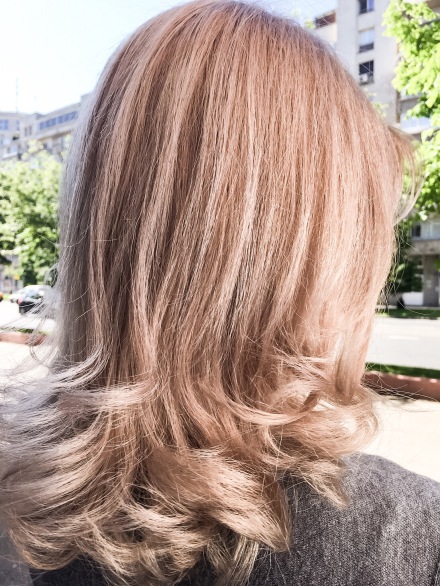 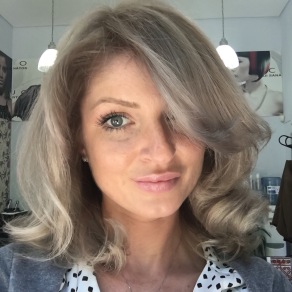 The colour was fabulous. It was everything I ever wanted, but I did however had to cut about 2 cm off my hair because as good as the Olaplex system was, it still wasn’t able to fully protect my hair. Like I said in the beginning, my hair is really sensitive and I was really in awe that this product managed to protect it for more than 90% of the length. As you can see in the before and after photos, there is a very big change in the tonality of the colour and even though through the years I’ve tried everything, that obnoxious orange undertone just wouldn’t go away. Now, thanks to Olaplex, I can finally have the grey undertone I’ve always wanted. 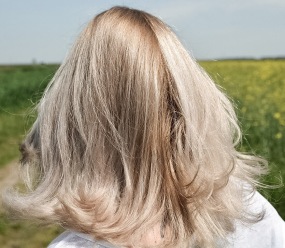 What it looks like on a very sunny day

Of course I bought the third step of the system and I plan to sleep with it on once a week as I’ve read that it is truly a miracle maker. I will not lie to you and tell you that my hair looks amazing after bleach and toning in the same day, but it surely looks and feels a lot better than it would’ve looked had I not used the Olaplex system. As a price point, this treatment will almost double your regular price per colour, but it is totally worth it and I don’t ever plan to colour my hair without it ever again.

I will keep you updated throughout the month and again after my next colour and I sincerely hope that I will never have to worry about a pixie ever in my life. D was really happy with the result, but he too says that my hair was a bit softer before the bleach. Maybe that will sort itself out after I sleep with the third step on for a whole night. 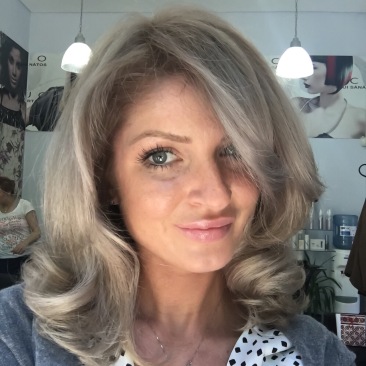 One thought on “olaplex”