London, oh how I love London! For some reason, I think London has it all! This won’t be a post on all the touristy stuff you can visit in London as you can buy a travel guide for that and anyway, the post would be too long. I’ve visited all those landmarks ages ago and this weekend was all about discovering new and interesting places and taking D to a musical. When we landed on Heathrow the sun was shining and it was warmer than usual considering it is March, so as expected, the entire London population was outside. Londoners tend to do that as they only get about five days of sun per year. 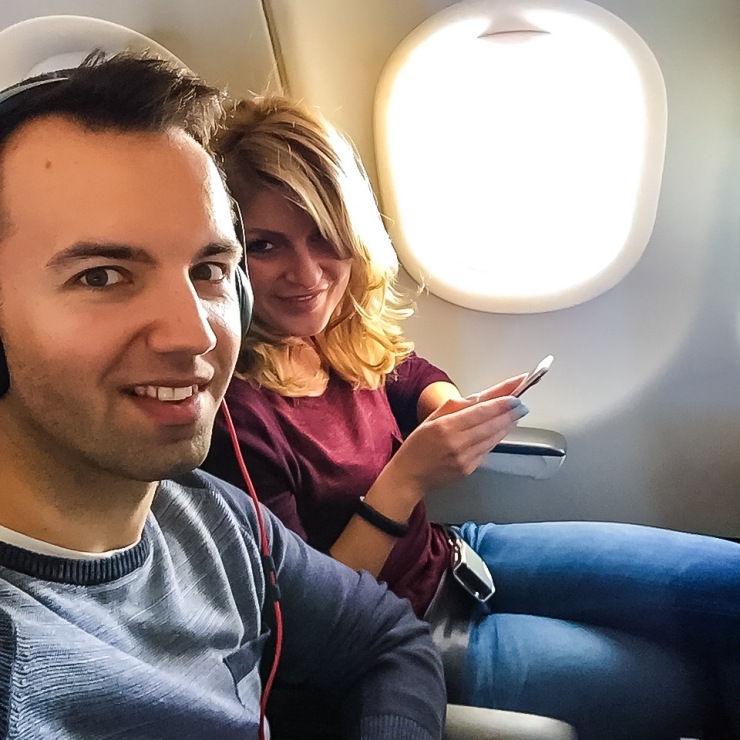 We decided to check into our hotel and then take long walks as far away from the tourist areas as possible. For the duration of the weekend we chose Marriott West India Quay hotel, located in the Canary Wharf area. We chose this hotel for two reasons:

As I told D, when I was a postgrad student this entire area was under construction, so when we booked the hotel I didn’t have high expectations from this area especially since the room rates were quite low for a five-star hotel in London. But wow, has this area evolved since I’ve seen it last. It looks really nice and new but it still has a British feeling to it. 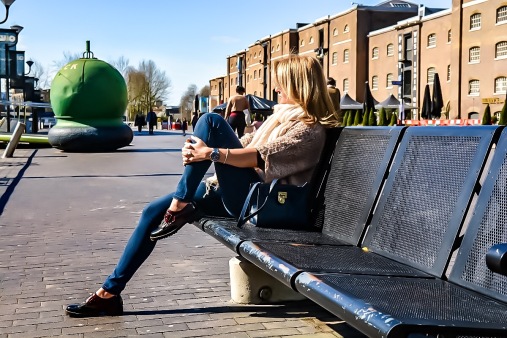 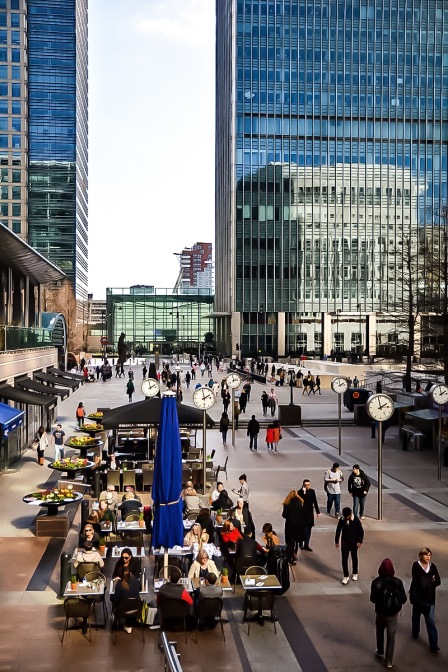 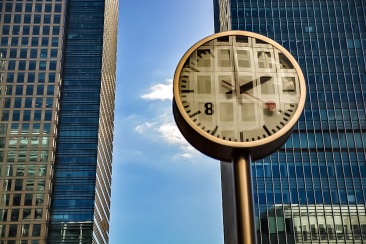 Let’s get back to the hotel room for a bit as this is really important. I’ve stayed at different hotels in London, mostly from the Radisson Blu chain and I have to tell you that although the service was comparable to Marriott, the rooms were not. Sure, they were nicely decorated, but they had tops 18 sqm, while Marriott gives you about 30 sqm. The room also has large windows, which gave us a great view over the area, spectacular really at night, and the daylight was amazing for photos and not to mention the top-quality service that you can find in any Marriott hotel. I totally recommend this hotel for London especially because you have the underground at about a 10 min walk distance and the DLR at a two minute walk distance. The area also has a lot of nice restaurants and three underground shopping areas. Because Canary Wharf is on the Jubilee line, you literally can reach Oxford Street in 20 mins tops. 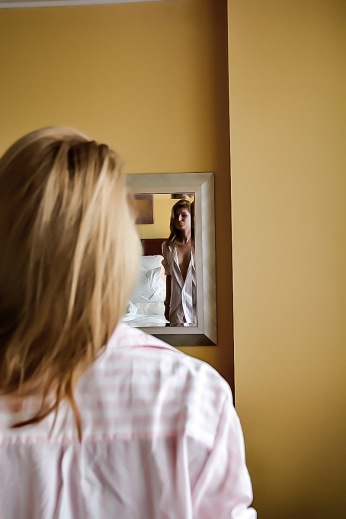 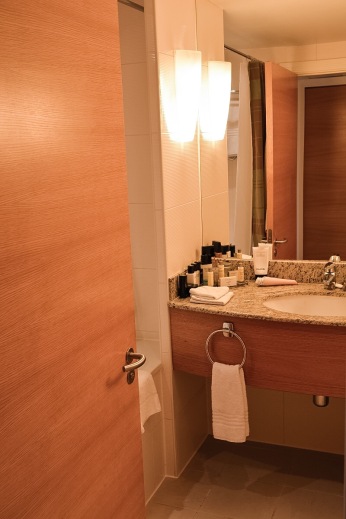 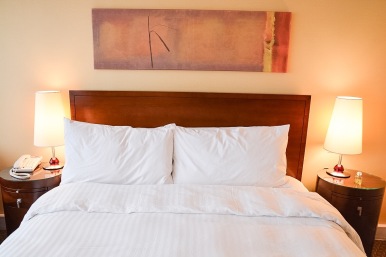 As it was sunny outside, we decided to meet a dear friend of mine at Borough Market (this is one of the hidden gems of London). You can find here only British produce and I have to tell you, I was really impressed by the multitude of products sold here. There we enjoyed a few glasses of wine and a burger from Whiskey Ginger, after that we were beat, so beat, that we decided to order room-service for the following morning as there was absolutely no way we were going to make it to breakfast, especially since we had only slept for about two hours in the last 24 hours. 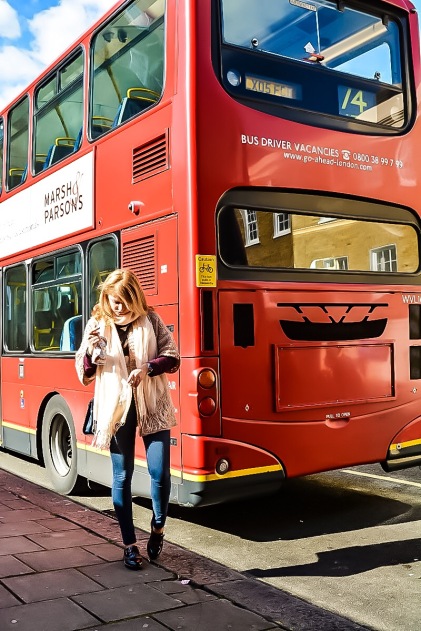 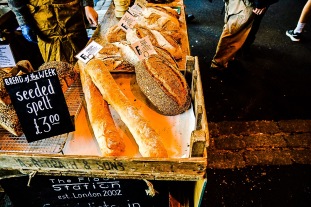 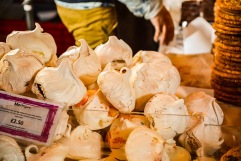 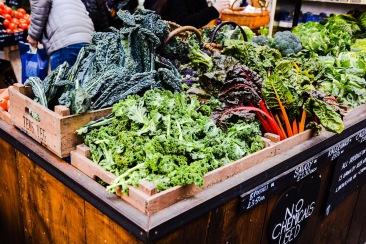 Day two was the Mad Hatter day, so the weather was mainly British. D and I took a long walk in the morning and in the afternoon we ate at Busaba (we’ll talk about our London diet in a later post) and then, it was time for the musical. We ended up going to Sunny Afternoon, a prized musical. It was really good, full of great music and D and I loved it! If you’re in London do not miss a good musical! They are goosebumps-great! Despite the fact that one tends to walk all day to visit the landmarks in London, and by the time the musicals start (at about 7:30), all you really want to do is go to bed, believe me when I say that a musical in London is priceless!

After the musical it was time to get some “cocktails with a view” as my friend likes yo call The Duck and Waffle at Heron Tower. The view from up there is indeed breathtaking (we were at around floor 40) and if you get there by 10 o’clock at night you don’t have to stay in line even on a Saturday night. Don’t know what to tell you about the cocktails as we both drank whisky. Needless to say that when we got to our hotel room D instantly fell asleep. 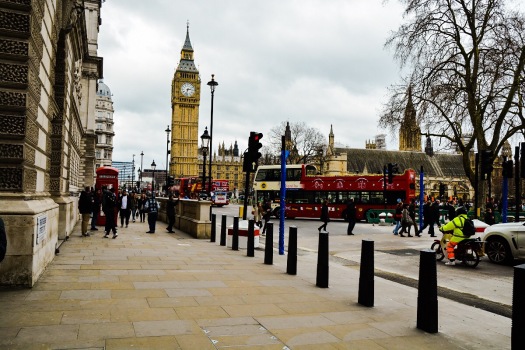 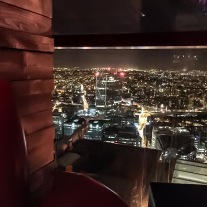 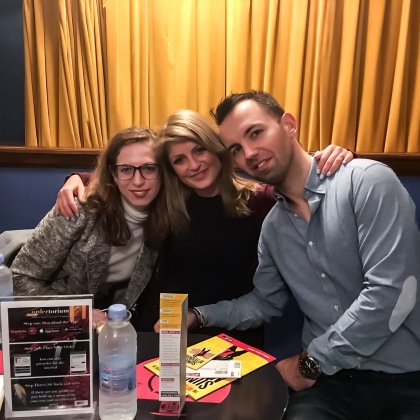 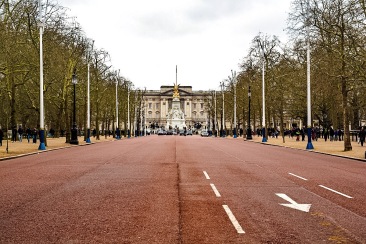 Day three was for long strolls as most of London was closed because of the Easter holiday. We visited the Bethnal Green area, which, in my opinion is “hipster quarter”. We had a nice late lunch at Sager+Wilde and D found this adorable shop filled with chocolate truffles (Dark Sugars)- details on that in the next food post. As usual, we finished the day at another cocktail bar, but this time it was and underground one. It’s called Well and Bucket and besides the great cocktails you can also buy there small meals. We chose the Oxtail Chilly Cheese Fries, which were a combo of fries, meat (oxtail), cheddar and chilly, and honestly, they were delicious. 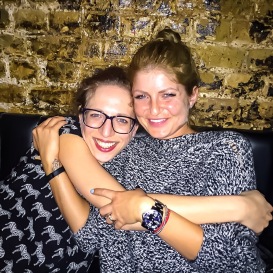 On our last day in London,we only had about two hours to spare, so we took a walk on Mount Street and stopped for wine and lunch at Scott’s. The entire area is beautifully British and all in all a pleasurable last walk before our departure. To be honest, we bumped into that area on the way to the official Mini store, because my car deserves a little present from London.

Since I don’t want to write a 20 page essay on London, I’ll stop here, even though I could talk/write about it forever. Can’t wait to get back already!